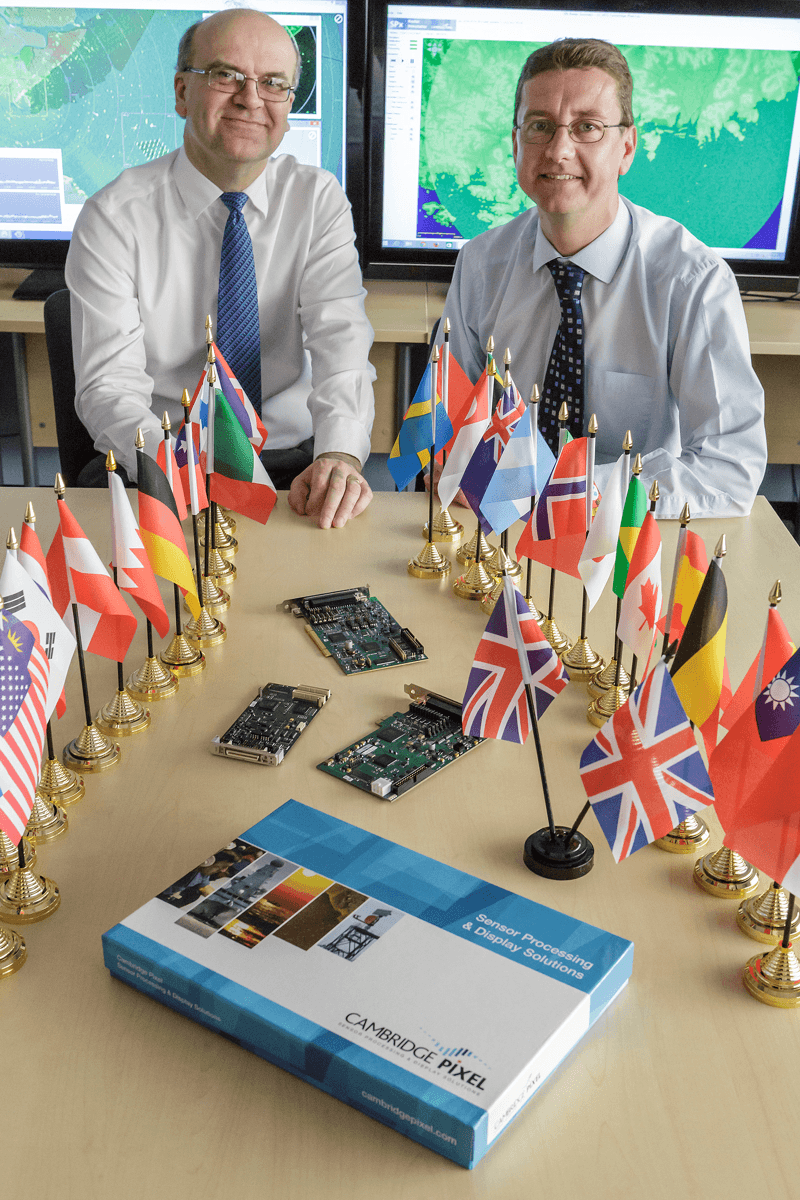 The specialist radar technology and software engineering company, based in Litlington, Cambridgeshire, has achieved export sales growth of more than 40 per cent between 2012 and 2014. Overseas sales now account for well over 75 per cent of the company's £2.5 million revenue with recent sales success in North America, South Korea, India, Spain, Indonesia and Thailand.

Dr David Johnson, Cambridge Pixel's founder and CEO, said: "We are delighted and honoured to receive recognition of our contribution to British enterprise. As one of thousands of SMEs in the UK, we are extremely proud to win this award and to contribute to the growth of the UK economy.

"Our success and the steady and sustained growth in exports in the last three years is due to our innovative products, excellent customer support & service and not least our high calibre engineering team with decades of experience of developing complex radar processing and display systems for defence and commercial customers."

Founded in 2007, Cambridge Pixel exploited the advances in computing technology allowing software running on standard PC computing hardware to replace expensive bespoke hardware solutions. Its SPx suite of software libraries and applications provide a more flexible, lower-cost and technically advanced solution to the market. This modular approach means that customers remain in control, avoid being locked into a black-box hardware solution, and have the flexibility of a dynamic and incremental path to product improvements.

"We got our big break when BAE Systems, a leading UK-based naval systems integrator, selected our radar distribution and display software for use on board the Royal Navy's newest Type 45 class of battleships and the Queen Elizabeth class of aircraft carriers," added Dr Johnson. "That first major reference sale gave us credibility in the market and opened doors for us in many other countries."

Richard Warren, Cambridge Pixel's software director, said: "Winning this Queen's Award - the UK's highest accolade for business success - will certainly help us as we continue to grow our overseas business and look to break into emerging markets such as those in China and South America.

"Furthermore, being able to display The Queen's Award Emblem - which is synonymous with quality and success - will be a big advantage as we extend our expertise into the security and surveillance market where radar is teamed with cameras for video target tracking, sensor fusion, and camera control."

The Queen's Awards are presented annually by HM The Queen (on Her birthday) for outstanding business achievement in the fields of International Trade, Innovation and Sustainable Development. Around 140 companies have been recognised in 2015 across the different categories.